It's better late than never 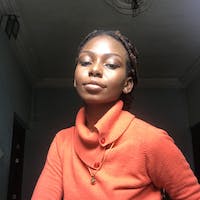 You must have heard of the story of

The rabbit and the tortoise

Clearly the rabbit could have won the race because of its ability to run fast but then, the tortoise was sure about one thing IT IS BETTER LATE THAN NEVER.

If you conceive a thought/goal, then you should put efforts to seeing it happen. How long have you being saying the words I want to, i will do it and yet making no efforts to actually make it happen?.

I want to write an article.

I will complete the project.

You can't get that far by just indicating interest and not making efforts towards it.

It is important to have it in that once an individual starts doing a work, either today or tomorrow he or she is bound to finish the work and succeed in the end. No matter how small the efforts may be, so long as you try and take the tiniest steps towards achieving that goal, just like a growing child you will master the steps over time.

Thinking it is impossible to achieve a particular target will only result in you not actually achieving it. It is typical of the human nature to want chicken out in certain situations that seam really challenging, i understand that it can be quite challenging taking up a new skill, or learning a new programming language can sometimes be a milestone but the quitting should never be considered an option.

You might be doing terrible at it or so you think, you might have to deal with imposter syndrome almost everyday but then i wanna tell you :

you got this. we are all in this race together there is no stopping now, so you should keep on running.

Move at your own pace.

The brain capacity of every individual varies, you should know your capacity and move with it . Most persons can work under pressure and so just fine while others can't, most learn better during the day and relax their brains at night while the reverse is the case for others. What ever you are better at just stick to it and be good at it.

It is better to fail while trying and keep trying because in the end you would have stories to tell, than not making any efforts at all how boring can that be?. Opportunities come in different ways and just like the tortoise you should always be willing to give it a shot.

A nerd in books, tea, games and software.

Thank you for this! It's always nice to read these motivational articles :) 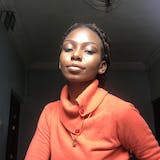 Thank you so much dear . For reading through